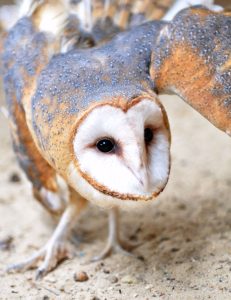 Nighttime + owls = creepy, right? Maybe people find something creepy about owls and darkness, but the truth is that they’re amazing, beautiful creatures that are adapted to hunting during the night due to many years of evolution.

One of the first jobs that I had working with birds was monitoring two species of owls in Idaho, and while I did not like working at night alone in the wilderness, I do have to say that working with owls has been one of the best experiences of my life. Their unique behavior and faces make them unforgettable.

Birds of the night

During the season of Halloween and Día de Muertos, a time when death is celebrated in some cultures, a bird that comes to my mind is the owl. Previously, owls have been considered bad omens, meaning that their presence or their symbol brings catastrophes and can be interpreted as a warning. For example, in the Altar de los animales de la muerte (The death animals’ altar) in Mexico city, a pre-Columbian Mesoamerican rock, Barn Owls are carved along with a spider, a bat, and a scorpion—all animals associated with the darkness and death. 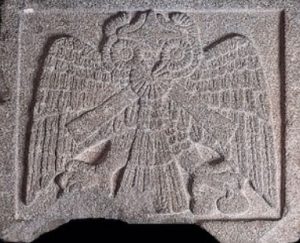 Owls are mostly nocturnal. Unlike most birds, they are active at night and rest during the day. Some, like the Barn Owl (Latin name: Tyto alba, Spanish name: Lechuza or Tecolote), a species that can be found in all continents except for Antarctica, can hunt in complete darkness just by listening to the movement of their prey. Their asymmetrical ears shaped like a satellite dish, a characteristic of many owls, lets them locate the exact spot of where a sound is coming from and attack their prey.

Once they catch their food, they swallow their prey whole. Adult Barn Owls can catch up to 4,000  voles, mice and gophers each year. That’s why people living in rural and semi-rural areas of the Barn owl’s breeding territory will sometimes place Barn owl nesting boxes in barns to keep the rodent population under control.

One of my favorite things about owls is that they are silent when they fly and hunt. Owls have unique feathers that make it almost impossible to hear them coming, even for a little rodent. If you don’t believe me, watch this cool video that compares the flight of a Peregrine Falcon (one of the fastest animals in the world) and a Barn Owl. And while we’re talking about Barn Owls, did you know they don’t hoot? Instead, they make a noise that reminds me of someone screaming—you have to listen to it!

So why are owls a symbol of Halloween or a bad omen? Well, we have learned that they are mostly nocturnal, they are great silent hunters, and they can produce creepy sounds. Maybe it is not surprising that many cultures associate them with death, but as for me, I just love them! What do owls symbolize to you, your family or in your culture? Share with us!

Did you know that you can see owls at the Kellogg Bird Sanctuary? Come visit us at the Sanctuary and meet our Barn Owl!