You are here: Home / About / History of the Sanctuary

In June 1927, cereal maker W. K. Kellogg purchased the land surrounding Wintergreen Lake, fencing off 180 acres to create the W. K. Kellogg Bird Sanctuary. The goal was to teach an appreciation of the natural beauty of native wildlife, while providing a place to breed game birds.

In 1928, Kellogg deeded this land over to the Michigan State College of Agriculture (now Michigan State University) to ensure that the Sanctuary would serve as a practical training school for animal care and land management. This move opened the doors to further field research work for college students, which enhanced the programs that were put on for the general public.

The W. K. Kellogg Bird Sanctuary was created with waterfowl as a high priority. Breeding of waterfowl was crucial to re-establishing populations of game birds. In particular, the Sanctuary was instrumental with assisting in the repopulation of Canada Geese and Trumpeter Swans, though other waterfowl played, and still play, an important role in the ecosystem. 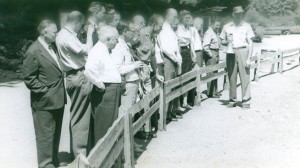 Many of these waterfowl make the Sanctuary a stopping point on their migration flights or call it home. Throughout the years, the directors, employees and researchers of the Sanctuary have experimented with banding and trapping of the birds in order to better understand their population changes and habits. This advanced not only the research and studies done on the birds, but also helped in finding the best banding methods to better track waterfowl as they moved along migratory paths. 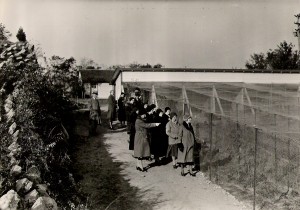 The Sanctuary has gone through many changes to make it what it is today. In the early 1930s, the Sanctuary’s first field museum and observation building were built next to the display pool. In the 1960s, the buildings that currently stand at the Sanctuary were constructed with a grant from the Kellogg Foundation. This was a major makeover with the old museum being torn down and the Overlook Museum was built; the Research Building was modernized so it would include a classroom, shop, apartment, and laboratory; and the trails, fencing, and animal nesting houses were renovated. 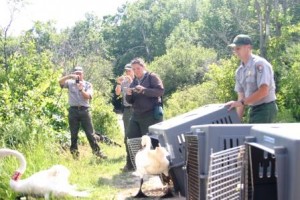 Along with the Kellogg Experimental Farm and nearby Kellogg Experimental Forest, it later became part of what is today Michigan State University’s Kellogg Biological Station. The Kellogg Bird Sanctuary remains an innovator in wildlife conservation efforts and biologists here were instrumental in efforts to reintroduce native populations of the Trumpeter Swan back to the wild in the U.S. Midwest.