You are here: Home / About / History of the Sanctuary / Historical Leadership at the Kellogg Bird Sanctuary

Prominent game breeder George Corsan was the first director of the W.K. Kellogg Bird Sanctuary. After hearing of Kellogg’s plans to create the Sanctuary, Corsan sent in a letter asking to be involved. He was one of two men who helped select Wintergreen Lake as the home for the Sanctuary. He worked to transform the landscape from overgrazed farmlands to a forested area that could provide a better source of food and shelter for the game the Sanctuary sought to breed and protect. During Corsan’s term, he purchased more than $20,000 worth of birds to help supplement the small population at the time and planted 4,000 pine and spruce trees. Corsan brought a myriad of exotic and native birds to the Sanctuary to breed, but one of the most important things for the time were the Canada Geese that were obtained and served as a decoy flock to attract migrating geese. 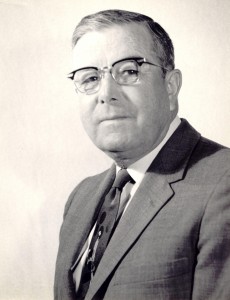 Miles D. Pirnie was a waterfowl specialist who took over the directorship just as the Sanctuary was seeking to enhance the waterfowl and wildlife research, as well as extend field experiences for college classes. Though the Great Depression forced Pirnie to cut back on many public programs, he was still able to keep the Sanctuary open to visitors. He helped organize the Summer School of Biology for college students, which ran from 1931 up to World War II. He also engaged the general public by giving educational tours and extending visiting hours, which drew in more bird watchers. In his first year, Pirnie started a waterfowl leg banding program in order to better keep track of the birds’ migratory patterns. With the help of graduate assistants, Pirnie encouraged the public to appreciate and support wildlife by showcasing the effectiveness of the Sanctuary as a site for game management. He was also able to reach the public via the larger arena of wildlife photography, through which he was quite skilled. (Some of the images that you will see on the Bird Sanctuary site were taken by Pirnie.) Due to a significant drop in funding during World War II, Pirnie was forced to sell many of the exotic birds and non-native species to keep the Sanctuary from running out of money. 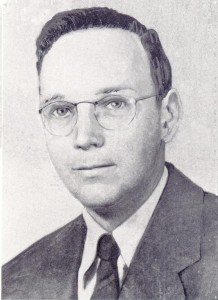 Arthur E. Staebler became the third director of the Sanctuary as the nation was recuperating from World War II. He repaired and upgraded much of what had fallen into disarray due to the lack of funds from the war years. Much of the restoration was done to areas that saw heavy visitor traffic and needed mending, not only for the visitors’ sake but to stop erosion and further damage to the habitats of the birds as well. He was also able to create a new attraction; filling the empty cages that once housed non-native exotic birds with native quail, grouse and pheasants. During his time at the Sanctuary, Staebler was able to adapt a form of wing clip for use with ducks and geese and experimented with various traps and bird tags in order to increase the number of waterfowl that were banded and advanced the research studies of those involved. His techniques assisted in the development of new restrictions for hunting and fishing in the area. 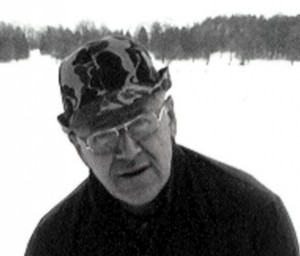 Roswell D. Van Deusen brought experience as a biologist, an administrator, and an educator with him when he began his time as director of the Sanctuary. He extended outdoor educational opportunities for local clubs and organizations. In 1957, he began a summer day camp for children. He also worked to increase interest and cooperation among game breeders and state and federal agencies. In the 1950s, as the nation again saw a decline in Canada Geese populations, Van Deusen reduced overpopulation of Whooper Swans and had nesting islands constructed that allowed the numbers of Canada Geese to increase. He also experimented with various banding techniques to better track the waterfowl. After gathering advice from numerous authorities and winning approval from the W.K. Kellogg Foundation, Van Deusen recreated the look of the Sanctuary, building the Overlook Museum, renovating trails, fencing and animal nesting houses, and modernizing the main buildings sothey would include a classroom, shop, apartment, and laboratory. 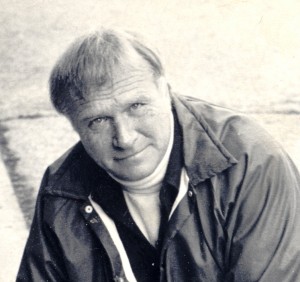 Initially a wildlife biologist for the Sanctuary, Joe Johnson was appointed to both chief wildlife biologist and manager of the Sanctuary in 1985. Active in the community and professional organizations, Johnson furthered the relationship between the general public and the Sanctuary. He lectured to numerous children, students, educators and members of the community on wildlife, habitat preservation, and species restoration. Johnson involved the Sanctuary with the Michigan Trumpeter Swan restoration project, which brought a nearly extinct waterfowl population back to one of its native habitats. Even in retirement “Joe” Johnson was a strong presence at the Sanctuary and in the community educating on the Sanctuary’s history and biology. He continued to be an active member of the Trumpeter Swan Society and the Mississippi Flyway Council until his passing in 2012. To honor Joe’s retirement and years of wildlife conservation a scholarship fund was created in his name to help fund Sanctuary student interns. 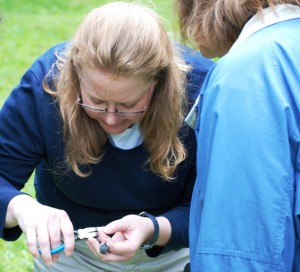 In 2007, with the retirement of Joe Johnson, the Sanctuary created a new position of Environmental Education Coordinator to oversee the Sanctuary. Tracey L. Kast was the first to hold this new position. Prior to joining the Sanctuary, Ms. Kast taught biology and environmental science at Massena High School in New York. She also worked for Cornell University’s Laboratory of Ornithology as a Citizen Science Assistant in the Department of Horticulture. During her time at the Sanctuary, Kast redesigned the summer day camps, planned and managed the popular spring Field Ornithology Course, and increased the number of outreach programs offered at the Sanctuary. Kast also increased the citizen-science component of the work being done at the Sanctuary by re-initiating the monitoring of nest boxes along the Sanctuary’s nest box trail. An Educational Advisory Board, specifically for the Sanctuary, was also formed during Kast’s active years. 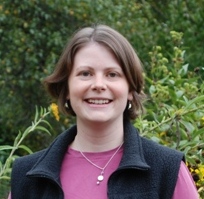 Kara L. Haas joined the Kellogg Biological Station team as Environmental Education Coordinator for the Kellogg Bird Sanctuary in October 2009. Kara has a B.S. in Biology from Hope College and Master’s in the Practice of Teaching: Early Childhood Education from Western Michigan University. Kara’s role at the sanctuary included managing the day to day operations, teaching programs for children, families and adults and helping to fund raise and implement a long range strategic plan. 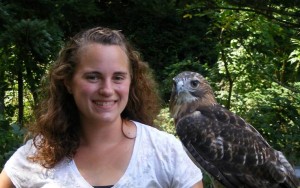 In May of 2012, Lisa L. Duke joined the Kellogg Bird Sanctuary as the avian caretaker after 10 years in the zookeeping field. She was proud to organize upgrades to the Upland Game bird exhibit, increase citizen science efforts, and establish new avian care techniques while in this role. Beginning in 2015, Lisa transitioned into her new role as Sanctuary Manager of the Kellogg Bird Sanctuary and oversees daily operations, coordinates programming, and sets long-term goals. Lisa graduated from Michigan State University with a Bachelor of Science in Zoology with a concentration in Zoo and Aquarium Science.